On a cold, foggy, November night, you might think a trip to sunny Australia, via the OSO Arts Centre, Barnes, would be the perfect antidote, but if you take a trip to Picnic at Hanging Rock this week, expect a thrill – and a chill. 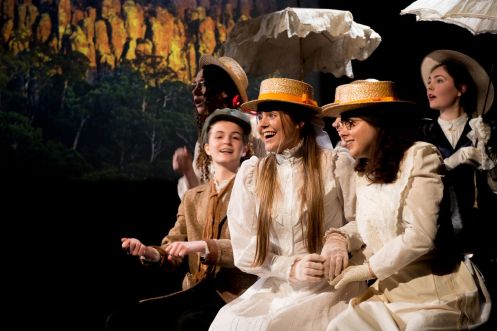 Adapted from the bestselling 1967 novel and critically acclaimed 1975 film which followed, Picnic at Hanging Rock tells the tale of the disappearance of several schoolgirls and their teacher during a picnic out in the bush at the turn of the 20th century. In their virginal white corsets and silk petticoats, three layers thick, curiosity draws them across the threshold of their strict boarding school upbringing to venture out into the wilderness. What unfolds will never be fully uncovered, but the girls, and the community, will never be the same again. 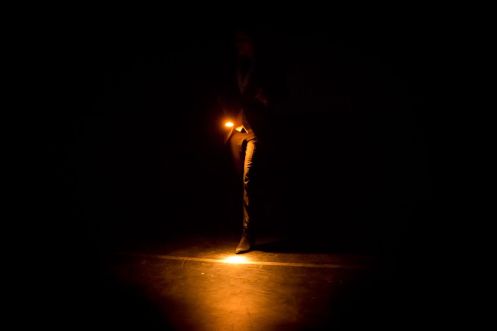 But this is no ordinary ‘who-dunnit’ turn-of-the-century tale of mystery. The girls do not appear to disappear into the hands of a stranger, but into the arms of Australia itself, a “sea of flame”, an ancient land where lava bubbles under the surface of their white-gloved world of “refinement”. Do the girls wonder willingly into the wilderness, or are they taken back by its raw and unwieldy power?
The 80-minute play, which runs all the way through without a break, is held in masterful suspense by excellent acting and a high level of sound and lighting design…

Read the review in full at markaspen.wordpress.com

LOCKDOWN REVIEWS: All By Myself, Dazed New World Fest.